On the grounds of several warfare, defense forces as well as the civilians are brutally getting killed or witnessing unrecoverable injuries particularly due to deadly explosives used in producing ammunition and landmines.

Respective to the chemical compounds used in bomb-making procedure, the nitro-aromatics compound is utilized in large quantities, which reacts as a deadly explosive. 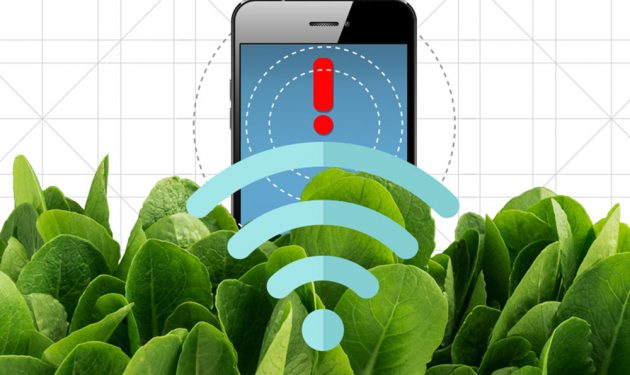 However, in order to overcome the failure of high-sensing equipment , devices that are unable to detect the nitro-aromatic explosives, and to reduce direct human interference on the high-explosive land mine fields, scientists from the Massachusetts Institute of Technology (MIT) with their study came across a conclusion based on their research that plants can detect the presence explosives which are underground.

The results were outrageous. A laser beam was focused on a leaf by the researchers, which instantly resulted in terms of received infrared glowing light that was captured on infrared camera.

The signal detection can also be monitored with the help of raspberry pie devices available at very low costs, which also enables a provision to send an alert on a synchronized mobile phone.

Professor Strano stated that “These plants can be utilized majorly for defense purposes in order to identify terrorist activities as well as to monitor the underground leakages caused by hidden explosives or chemical waste, which comprises some amount of nitro aromatics.”

Based on the early experiments, Prof. Strano and his team also developed nanotubes to detect TNT, nitric acid, and sarin gas—termed as one of the most hazardous compounds used in chemical weapons.

“Plants are very sensitive to environmental changes. They have a unique capability of detecting very minute alterations in earth and water,” he further added.