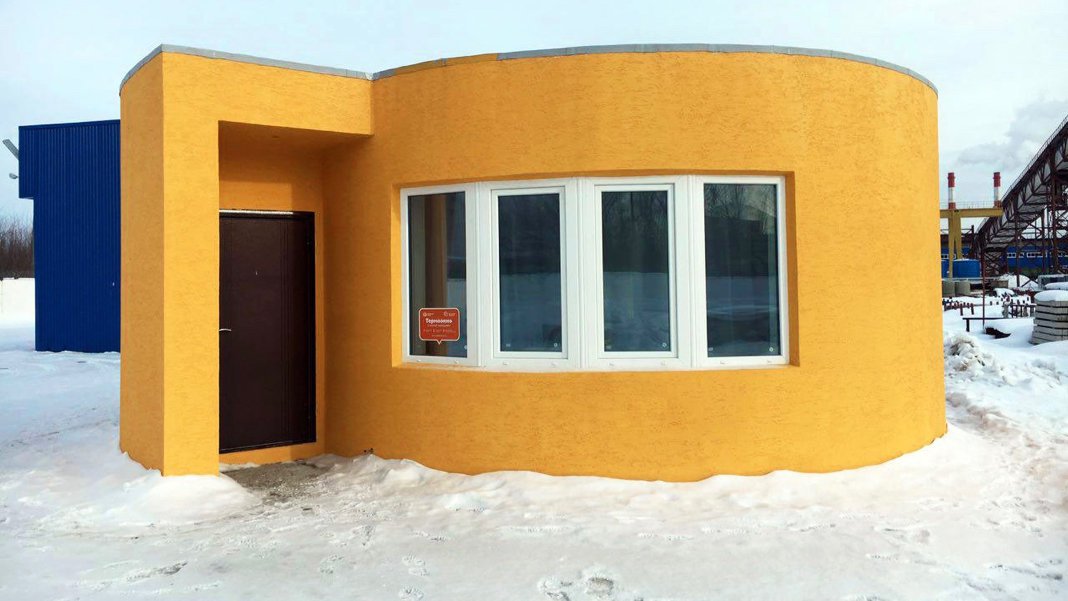 On a trial basis, the researchers have built a house using the 3D technology rather than the usual traditional method in a town outside Moscow. The residential house was built within a day which is something that is really surprising. The researchers used the mobile 3D printer to create the concrete walls and partitions present in a house to build a fully connected structure rather the usual way of printing the building sections at an off-site facility and later fully building it together. After the construction of the house, the mobile 3D printer was removed from the structure and the later work was completed using the help of a number of contractors to put up windows, roofs, and the other interiors of the house. The house was build in a unique curved shape with a 400-square-foot size in order to prove that this technology can help you build the house in the shape you want it to be. The built house has all the features and constructions a normal residential house should have such as the bathroom, hall, bedroom, gallery, kitchen, and others.

Apis Cor partnered with Samsung for demonstrating its technology in the global market. In addition, Samsung provided the house with all the electronics such as TV, kitchen appliances, and others. The overall house cost around $11,000 for its completion. Out of the expenditure, the construction of the house cost $10,134 and the rest of the interior expenses cost more. Though the comparison between the calculation of the total expenses of a 3D-printed house and a traditional residential house is difficult, it can be assured that the technology built will prove to be a better option.

So make a way for hi-tech living!