Anybody heard the name Alcatel? No? If you haven’t heard it, let me just clear you with this. Alcatel is a mobile manufacturing company that is owned by a Chinese electronic company named TCL Corporation. Well, even though we haven’t heard much about the company, it has made some movements at the MWC 2017 to come in the limelight. The company launched its Alcatel A5 LED smartphone at the MWC 2017 held at Barcelona. Well, have a look at the specs. 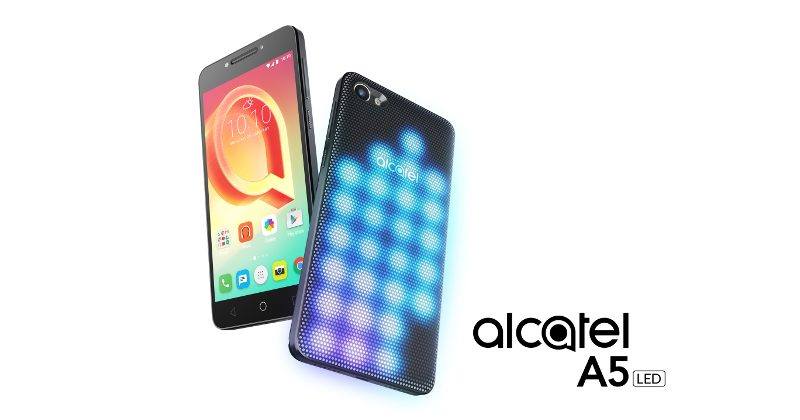 The new Alcatel A5 LED provides a 5.2-inch screen with IPS LCD capacitive touchscreen display. The screen also has a pixel ratio of 720 x 1280. The screen also has a protection of Gorilla Glass. The handset is fueled by a 1.5 GHz Cortex-A53 CPU MT6753 processor coupled with 2 GB of RAM. The phone further has 16 GB memory that can be expanded to 32 GB via MicroSD card.

In the field of camera, the rear camera is of 8 MP along with LED flash, OIS, and ability to record 1080p videos. The new Alcatel A5 LED has 5 MP of front camera as well. The phone also supports a 2,800mAh battery. The smartphone runs on Android 6.0 Marshmallow. In terms of connectivity, the phone will offer Bluetooth, VoLTE, Wi-Fi, 3G, FM and GPS.

No specific details have been revealed about the color variant as well as price factors. Also, seeing the specs, we believe that smartphone is a low budget smartphone and won’t cross the line of 10K.