In a single year since he turned out to be one of the most followed people in India on Twitter, PM Narendra Modi has acquired 37.5 Million followers. This is a growth of 51%, while “Mann Ki Baat,” GST,  the first anniversary of demonetization, and the presidential elections turned out to be leading hashtags and topics. Speaking of the leading topics and trends of discussion in 2017, Taranjeet Singh, the country director of Twitter India, claimed, “While the PM grabbed the No 1 place, the entry of cricket stars Virat Kohli and Sachin Tendulkar in the list of leading 10 was noteworthy.” 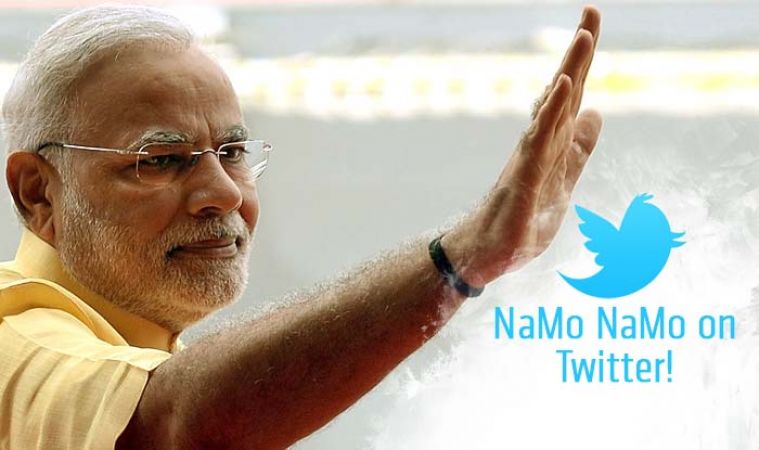 Fascinatingly, the 2 celebs of Twitter who departed the list were A R Rahman and Priyanka Chopra. With an increment in followers, Akshay Kumar in 2017 handled to exceed Aamir Khan. South Indian films grabbed attention, and tweet of Suriya Sivakumar revealing the 2nd poster of his Tamil movie “Thaana Serndha Kootam,” or #TSK, was the most re-tweeted post of this year. “In fact, South Indian hashtags such as the movie “Baahubali 2” and “Mersel” trended all over India,” Singh claimed. Amusingly, #Mersel made 1.7 Million posts in just 3 days, making it the leading hashtag style of 2017.

One more case in limelight was the countrywide debate over Jallikattu, the Tamil sport that trended on the social media. In entertainment, leading trending topics also comprised “Padmavati,” which was at the core of hundreds of thousands of chats on democracy and freedom of speech. The judgment of Supreme Court on triple talaq was one of the most discussed subjects this year on Twitter. The #TripleTalaq hashtag became live on August 22, 2017, generating more than 350,000 posts.

Other chats that created a shake on Twitter were the application of the GST (goods and services tax), as well as the arrest Gurmeet Ram Rahim Singh, head of Dera Sacha Sauda.