In a recent news report, it was found that a large number of messages precisely forecasted the Q2 earning pattern for particular stocks were being passed on. In every case, it was noted that the messages were sent before the official announcements. For this purpose, private Whatsapp groups were made and it had involvement of many equity traders. Most of the members belonged to the Nifty-50. 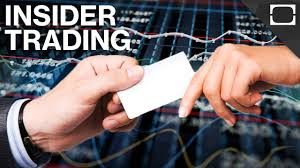 The application WhatsApp is owned by Facebook and is used for instant messaging where all types of communications take place. The benefit of using the WhatsApp is that the messages are encrypted only end-to-end, thus even the service provider cannot monitor the contents.

In reality, many groups are made on the WhatsApp platform by the equity traders. In these groups, they provide wild guesses about the consensus estimates. But in the report that was provided, the messages passed on were very precise and much closer to the original figures. But it doesn’t prove that the information passed was genuine or were mere guesses. But if it was intentional then it is against the insider trading laws in India.

Even if such messages were circulated, the origin of the messages can be found as the Whatsapp service has provided the facility of time-stamp through which the service provider can trace the mobile number. The Securities and Exchange Board of India (SEBI) has the authority to check if any illegal things were conducted with the help of the exchanges.

According to the report, the messages were accurate and thus SEBI should definitely carry out an investigation. And if proved SEBI too has the right to give punishment, fines, or both.

There are various ways and methods from where illegal things can be carried out; WhatsApp is not the only medium, there are many others in the market. The other market regulators also have to deal with the sensitive information and they too require to monitor its privacy.

There are ways where the problem can be resolved. The methods and techniques used previously should be modernized since the technology keeps on evolving and so will the problems.